Shitcoins, NFT and “pump and dump”: do you speak the language of cryptocurrency?

It’s impossible to miss the phenomenon. Popularized by the Bitcoin boom in recent years and highlighted by figures like Elon Musk, cryptocurrencies (or cryptos for short) are everywhere. Some countries like Germany are even considering the creation of a digital euro. Here is a little lexicon for understand all (or almost all) of the sometimes obscure vocabulary of the crypto world.

ALTCOIN (or alternative coins): This generic term designates all cryptocurrencies that are not Bitcoin. There are several hundred of them: Ethereum, Monero, Ripple, Dogecoin and many more.

BITCOIN: Bitcoin was the first cryptocurrency. It was created in 2009 by Satoshi Nakamoto, a developer whose real identity remains unknown to this day. It hit an all-time high in mid-April, with a price close to $ 65,000, before dropping back a little.

BLOCKCHAIN: This is a technology used for the storage and transmission of secure information. It aims to be transparent and decentralized. Its principle is simple: each user can check the validity of the transactions that a blockchain contains. When you make a transaction using cryptocurrency, it registers on the blockchain forever. It becomes unfalsifiable. In return, this technology requires a lot of computing power.

DON’T BE LIKE GREG: The crypto trading culture is above all the culture of the Internet. No wonder then that you find memes there. This refers to a tweet posted by Greg Schoen expressing regret for selling his 1,700 Bitcoins for 30 cents each instead of $ 8. “Don’t be like Greg” is therefore a reminder never to part with all of your cryptos at once.

FOMO (or “Fear of Missing Out”): A well-known expression for the fear of missing something. In the crypto world, this refers to the fear of not owning a cryptocurrency whose price is going up. FOMO can often turn into a mass effect, with purchases pushing up the price of a coin ... until the bubble bursts.

FUD (or Fear, Uncertainty, Doubt): FUD is speech that trashes a project or a cryptocurrency and helps to lower its price. It is guided by the fear, uncertainty or doubt that some traders show in order to manipulate the price downwards via social media, even though it can sometimes be justified.

HOLD: Derived from the English verb “hold”, this term is well known to the majority of crypto traders. This means holding onto your crypto wallet in order to make a long-term investment. According to the followers of this technique, cryptocurrencies are still far from reaching their potential and their value will explode in years to come. “As long as you don't sell, you’re not the loser,” say the holders.

FIAT (or fiat currency): These are the conventional currencies issued by banks, such as Euros and US Dollars.

ICO (or initial coin offering): This refers to a way to raise funds for a project by issuing tokens based on blockchain technologies. Tokens are a kind of share that can be exchanged for cryptocurrencies. Their price depends on supply and demand. But if ICOs are interesting in principle, they are often scams.

NFT: Similar to cryptocurrencies and also blockchain-based, these non-fungible tokens gained popularity in 2020. Unlike Bitcoin, each NFT token is unique and serves as a certificate of authenticity for digital works and objects. Recently, Jack Dorsey's first tweet and the Nyan Cat gif went on sale in this form.

PANIC SELL: This term refers to the quick sale of a cryptocurrency as soon as its price begins to drop. Often, a mass movement is set in motion and drastically lowers prices, angering holders.

PUMP AND DUMP: The pump refers to a sharp increase in the value of a currency. When it drops, we call it a dump. Pump and dump refers to a market manipulation technique that involves driving the price of a cryptocurrency up or down. This is often used by the big money in the industry, who buy a crypto on a massive scale to drive up the price ... before reselling it all at once, enjoying a large profit in the process.

SHITCOIN: This is a crypto with no long term future. One of the best-known examples of shitcoin is Dogecoin. Born out of a Twitter joke in 2013, the coin with the Doge image (a well-known Internet meme) saw a spectacular rise in early 2021 thanks to Elon Musk's tweets encouraging investment in the crypto.

WHALES: This term refers to people who own a significant amount of cryptocurrency. For example, it is estimated that 40% of Bitcoins on the market would be held by 1,000 whales. They can therefore easily manipulate the price. This is one of the criticisms that comes up regularly about cryptocurrencies, which still skate round trading laws. 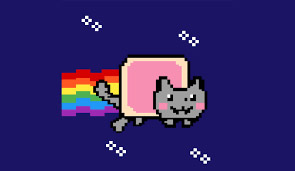